How can we delight you today?

BrainStore NYC was initiated by Markus Mettler, BrainStore's founder in November 2012. BrainStore NYC serves customers who are looking for great ideas from all over the USA. A strong focus of BrainStore NYC activities is to support customers in improving the innovation culture within their organisation. 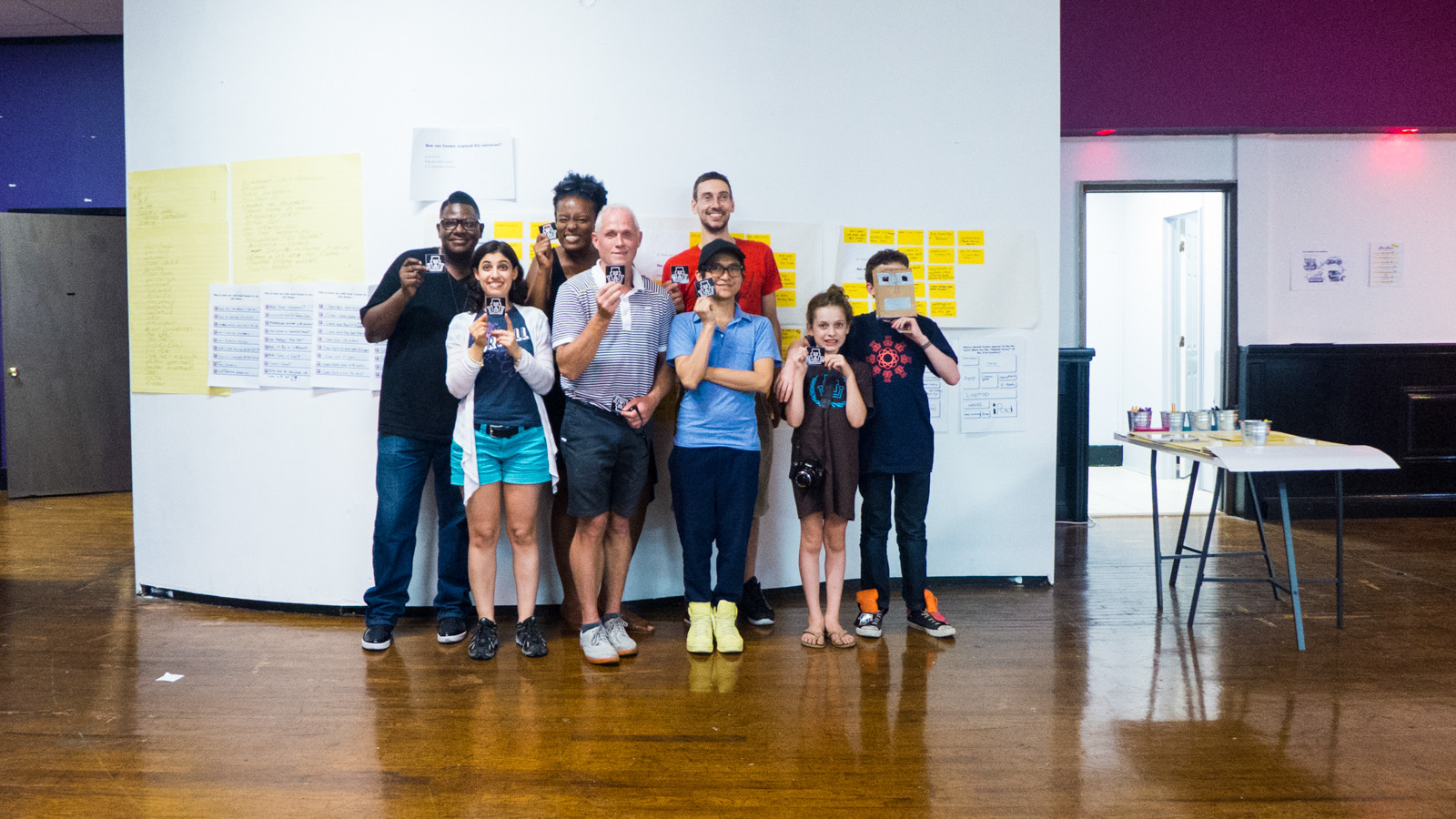 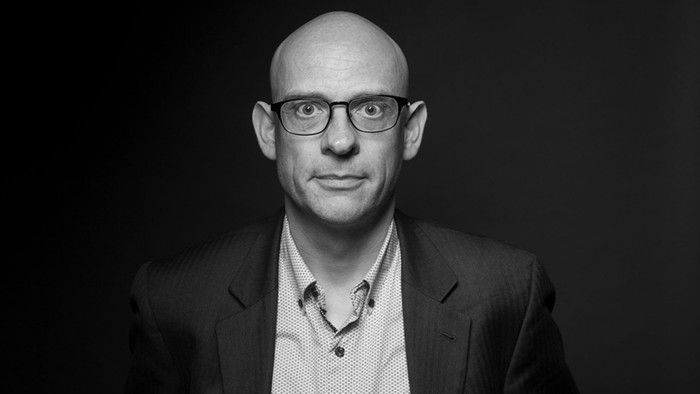 Why I joined BrainStore NYC

I love the pace and energy in this amazing city

Markus, BrainStore's founder, was born in 1966, grew up in the Eastern part of Switzerland. In 1989 he successfully discontinued his economics studies at the University of Geneva and became an entrepreneur.

His vision: decipher the DNA of innovation and develop scalable, robust, replicable processes to produce and implement ideas.

Markus has worked on more than 1'000 innovation projects - his customer list includes BMW, Unilever, the Swiss Government, BASF, Greenpeace, the National Academy, and many start-up companies.

Markus is the author of the book “The Innovator's Handbook”. Markus lives in Biel/Bienne Switzerland and spends 2 - 3 months a year in Brooklyn hanging out in nice cafés, thinking about life, meeting interesting people and preparing for new adventures. 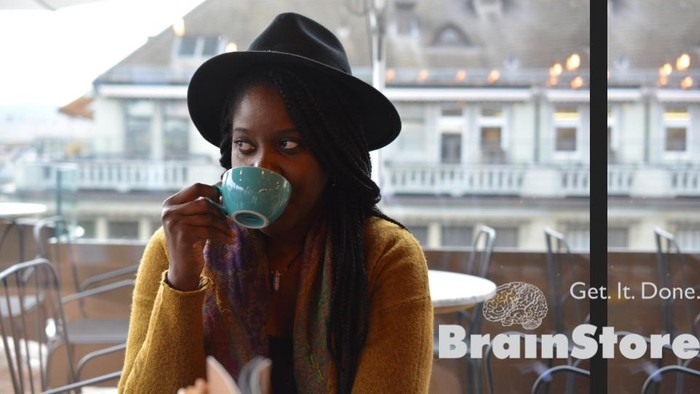 Why I joined BrainStore NYC

Because I'm from NYC and I love NYC.

Millie joined BrainStore in 2015. Prior to joining BrainStore, she led a career as a Strategic Planner and Project Manager. She has over 15 years of operations experience and has led the implementation of small to larger scale projects ranging from service delivery design, system administration, metrics design and compliance.

One day is a cafe, a stranger asked her to describe my ideal job and she responded that she help people find exciting ideas everyday. He introduced her to BrainStore and she joined the network of awesome entrepreneurs.

How can patients increase adherence to medicine?

In February 2014 BrainStore organized a high octane multi part workshop sequence in Brooklyn to answer the question: "How can patients increase adherence to medicine?" About 60 participants contributed to the amazing experience - from Koneksa, from Merck. We also integrated patients, lateral thinkers, external experts to the community.

Fast Company. One of the most inspiring US tech magazines

Where do great ideas come from? They come from right here, actually. At the intersection of Plankestrasse and Rueschlistrasse, in Biel, Switzerland (also home to Rolex and Swatch), there is a cream-colored industrial building — a factory that manufactures and sells ideas. All kinds of clients have come here, seeking all kinds of ideas: Novartis, the pharmaceuticals giant, came to find ideas for new food products; the Swiss Cancer Association came looking for ideas on how to promote the use of sun-protection products; and a 70-year-old woman once came in search of an idea that might help her fall in love again. And this idea factory filled every order. The BrainStore, as this fast-growing operation is called, is the brainchild of Markus Mettler, 33, and Nadja Schnetzler, 27. Along with their 31 colleagues, Mettler and Schnetzler have developed a creative approach to the hard work of creativity. Their central proposition: You can't rely on rare flashes of brilliance — "eureka moments" — if you want to produce a steady stream of good ideas. Instead, you must approach the manufacturing of ideas with as much rigor and as much discipline as you apply to the manufacturing of assembly-line products. "Our idea factory has all of the elements of an industrial process," Mettler explains. "You can follow an idea from one step to another." But don't get the wrong idea. There's nothing bureaucratic about the BrainStore's idea-generation process. Indeed, the first stop for every project is the Creative Lab, a large, airy room filled with all kinds of supplies for different projects: glitter, glue, crayons, beads, colored paper, model-building gear — and a white, cast-iron bathtub to remind employees that (as Mettler says) "great ideas start with completely unrealistic thoughts." If you're serious about being creative, he argues, you've got to give yourself license to be playful. With that in mind, whenever the BrainStore faces a truly big creative challenge, it calls in the big guns: kids. The BrainNet is a 1,500-person global network comprised mainly of young people aged 13 to 20 (some adult professionals are also involved), who help the BrainStore by scouring the world for new trends and offbeat sources of inspiration. "We're not looking for average ideas," says Mettler. "We're looking for crazy ideas. We use kids to find those ideas, because they know how to talk without letting their thinking get in the way." The BrainStore mixes these young people with members of its client teams during creative workshops. "One of the ideas behind the company was to blend the professionalism of experts with the unbridled enthusiasm of kids," says Schnetzler. Adds Mettler: "We have 17-year-olds working on products and campaigns for such companies as Nestlé and the Swiss railway. It's cool for kids to be able to say, 'Hey, I was a part of that.' " Last December, for example, nine kids visited Biel to brainstorm with five executives from Credit Suisse, one of the country's top banks. They faced a thorny issue: how to phase out a passbook-savings plan that Swiss families had cherished for years but that bank employees had come to see as obsolete. The cross-generational teams developed a set of scenarios that led to a stream of raw ideas. Later, those ideas will go through the remaining steps in the BrainStore assembly line: compression (in which a team of in-house employees and outside experts sorts through ideas and picks out the best ones); testing (research and prototype); and finishing (marketing campaigns and positioning strategies). Separating the process into steps, argues Mettler, keeps innovation flowing. "Creativity can cause a lot of confusion," he says. "When a group starts brainstorming freely, it will often digress after just three sentences. Or you get people trying to synthesize ideas while they're acquiring ideas, or trying to acquire ideas while they're compressing ideas. Then the whole system pretty much gets out of whack." But, by breaking the creative process into steps and developing tools to optimize those steps, this idea factory is able to run at an ever-faster pace. "We're striving to perfect our system in terms of speed and efficiency," says Mettler. And for that reason, he insists, the BrainStore will never run out of ideas. Contact Markus Mettler by email (welcome@brainstore.com), or visit the BrainStore on the Web (www.brainstore.com). Sidebar: Ideas While You Wait "The BrainStore" is a fun name for a group of smart creativity consultants whose clients include some of the world's biggest companies. But it's more than just a name. Along with offering consulting services, Markus Mettler and his colleagues run a store that actually sells over-the-counter creativity. One customer walked into the store (it's attached to the factory) in search of ideas about what to say in his wedding speech; a woman came in looking for a special way to celebrate her father's 50th birthday; and a group of schoolgirls visited to learn how to make their classroom look better. The BrainStore outlet helps customers meet creative challenges — usually within 15 to 30 minutes, and usually for less than $20. "We spent about a year developing the idea for an idea shop," says Mettler. "We realized that it's possible to compress the entire idea-generation process into just 15 minutes. While that may not be enough time to develop a new product, it is enough time to name a hamster." And that's the real value of this retail outlet: It continues to shed light on the process required to generate any idea. "The most important thing that you can do is to open your eyes and your mind," says Urs Heer, 29, the BrainStore's chief of production. "And it helps to think fast. Without speed, people get bored, and boredom allows for distraction. That's true whether you're working with Nestlé or with a little-old lady who wants ideas on how to handle her cat."

BrainStore at the National Academy in NYC

With 187 years of experience and challenge, the Academy is poised to fully participate in the fast-paced, knowledge driven environment that today’s cultural consumers demand. From 29 October 2013 to 1 November 2013 BrainStore organized a series of workshops for the National Academy in NYC. About 50 participants joined the Academy’s Board and staff for a laboratory of ideas to help design the Academy’s next life cycle and find actions to propel the ambitious transformation of this unique, legacy rich arts organization.

Time Magazine: one of the most famous magazines

BrainStore is portrayed in Time Magazine

Monday, Apr. 02, 2001 For those of us who believe there's nothing in life more maddening than simply trying to come up with a good idea, Markus Mettler and Nadja Schnetzler, the brains behind Switzerland's Brainstore, are here to help. The company's 35 employees will develop ideas for just about anyone: multinationals, local public agencies, people who walk in off the street. They'll charge you for it, because Mettler and Schnetzler think that coming up with original ideas is indispensable to running a successful business, or leading a meaningful life. But most people don't devote enough time to it. "We have companies coming to us that employ 70 people to buy office equipment but have no one who is paid to develop or buy new ideas," Mettler says. Since they founded Brainstore 12 years ago, Schnetzler and Mettler have evolved a process for manufacturing ideas that is efficient chaos. "We stick to a factory mentality, so ideas are always developed in the same steps," says Schnetzler. "Within those steps we can have pure madness." It begins in the creative lab, where the company arranges an anything-goes brainstorm session that hooks up clients (they include Nestlé, General Motors and Crossair) with industry experts, Brainstore staffers and about a dozen savvy teenagers. Says Mettler: "The basic idea for the business is to bring together the creative potential of the young generation with the professionalism of the business world." Once the ideas are on the table, Brainstore's factory workers — a diverse crew of twentysomethings fueled by junk food, caffeine and cigarettes — go to work, molding outlandish inspirations into practical ideas, and then putting them through a "quality control" system to make sure the ideas would be intelligible even to a seven-year-old. For big projects, Brainstore mobilizes its trendspotters, a worldwide network of 2,000 people. To generate ideas for a new Novartis breakfast food, the company enlisted trend scouts as far away as Japan and South Korea. Brainstore also peddles over-the-counter solutions for the myriad dilemmas faced by everyday people, ranging from a Mercedes owner in Zurich exasperated by the constant theft of his car's hood ornament (Brainstore's idea: ask dinner-party guests to bring a spare hood ornament rather than a bottle of wine) to a father whose three daughters spent too much time on the telephone (Brainstore: switch to coin-operated phones). Sound simple? That's the point. "There's no magic behind it," Mettler says. "If we can produce these ideas in a small Swiss town, it can be done anywhere."